Test Date: 22nd of this month

ETEA GAT General consists of three portions like English, Mathematics and Analytical reasoning. The ETEA GAT General have total 400 marks. Also the paper of GAT General have multiple mcqs in which four answer are given in which one is correct and other three is wrong. The candidates who passed ETEA GAT 2023 are eligible for admission in UET Peshawar. 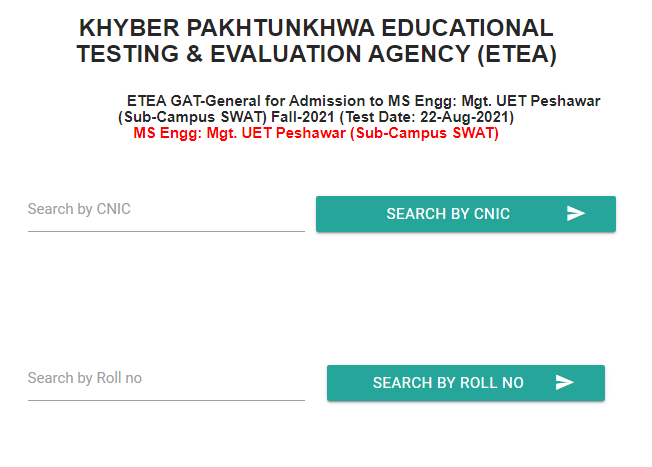 How to Check Result Online: