The architect of the ideology of Pakistan Doctor Allama Iqbal is, undoubtedly, the great Islamic thinker of the modern times and one of the greatest of all time. He is a great poet, philosopher, educationist, and reformer. He had made a lasting contribution to Human thought. His poetic works made him immortal. Essay on Allama Muhammad Iqbal in English with Quotations. Allama Iqbal was the great poet-philosopher and active political leader born at Sialkot, Punjab, in 1877. He descended from a family of Kashmiri Brahmans, who had embraced Islam about 300 years earlier.

Allama Iqbal received his early education in the traditional Madrassa. Later he joined the Sialkot Mission School, from where he passed his matriculate examination. In 1897, he obtained his Bachelor of Arts Degree from Government College, Lahore. After Two years , he secured his Masters Degree and was appointed in the Oriental College, Lahore, as a lecturer of history, philosophy and English. He later proceeded to Europe for higher studies. Having obtained a degree from Cambridge, he secured his doctorate at Munich and finally qualified as a lawyer. 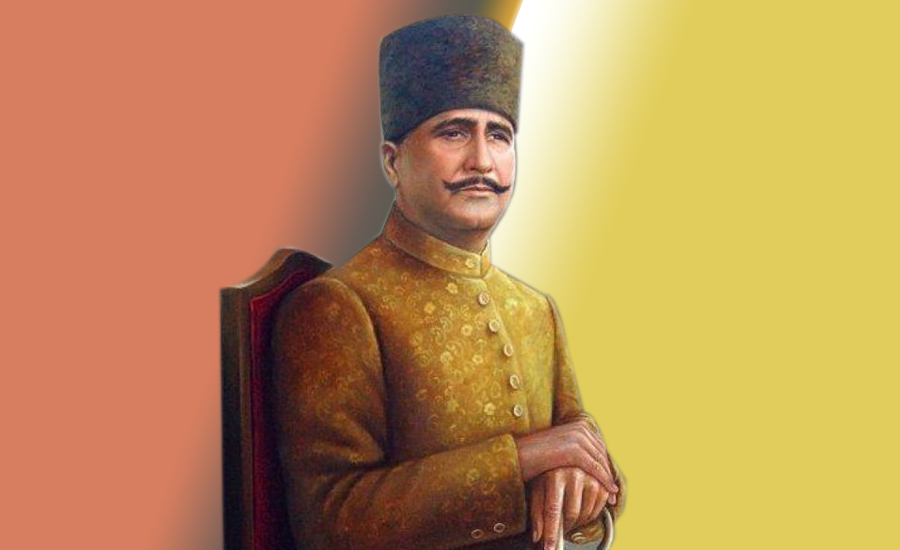 He returned to India in 1908. Besides teaching and practicing law, Iqbal continued to write poetry. He resigned from government service in 1911 and took up the task of propagating individual thinking among the Muslims through poetry. When the Hindu philosophers presented this philosophy that a nation is born throughout the country and when Maulana Hussam Ahmed Madni seconded it then Iqbal reacted strongly towards it.

Allama Iqbal his debut in politics then he was elected as the member of Punjab’s legislative assembly in 1926, during the elections of 1937 when Quaid-e-Azam started re contructioning of the Muslim League Allama Iqbal was along with him.

Allama Iqbal believe that the Muslims of India have a separate identity and to protect his identity the establishment of a separate homeland for the Muslims of india was necessary. On 28 March 1909 he excusing the invitation from the secular party “Minsva Lodge” said I have been a keen supporter of this theory that religious differences in the country should end and even now I practice the principle. During 1930-32 three sessions of Round Table Conference were held. Iqbal attended second and third round table conference. Having attended the second round table conference in September 1931 in London, he was keenly aware of the deep seated Hindu and Sikh prejudice and unaccommodating attitude.

Iqbal also acted as the Right hand of Muhammad Ali Jinnah. Iqbal also worked for the prosperity of Muslims. But He could not see his dream becoming a reality and died on 21st April 1938. His Tomb is near the main gate of Badshahi Mosque.He gave the message of Love, brotherhood, hope, and self-awareness. His message will remain forever. May his soul rest in peace.