Terrorism is in the broadest sense the use of intentionally indiscriminate violence as a means to create terror among masses of people or fear to achieve a religious or political aim. It is used in this regard primarily to refer to violence during peacetime or in context of war against non-combatants. The terms “terrorist” and “terrorism” originated during the French Revolution of the late 18th century but gained mainstream popularity in the 1970s in news reports and books covering the conflicts in Northern Ireland, the Basque Country and Palestine. In this page we discuss Terrorism in Pakistan its causes and salutation. Essay on Terrorism in Pakistan Causes Effects and Solution. Read complete article and improve your knowledge about terrorism in Pakistan.

Terrorism is one of the biggest problems in Pakistan due to which we are not saved. Terrorists always attack the schools, colleges, universities, hospital and many more and killing the students and small kids marble heartedly. We could observer that in this month, we have faced many attacks where we have lost precious lives.We face the war as a situation against terrorism. There are many dimensions in this situation due to many factors. These factors include social injustice, economic disadvantages, political instability, religious inconvenience, as well as foreign hands or international conspiracies.

Essay on Terrorism in Pakistan Causes Effects and Solution 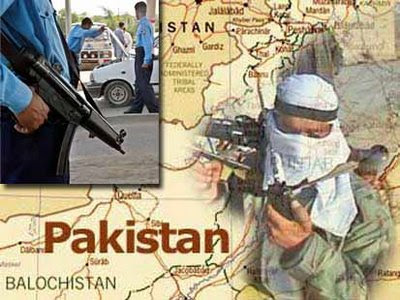 Those people who had forced to meet the interests of their evil, they did not kill innumerable lives, but by the tyranny, the real image of Islam destroyed the face of the world on the face of the world. . Terrorist actions, such as suicide bombs, have become today’s laws. Due to these attacks, Pakistan has economically uncertainly damaged the citizens. People have become digital data, since time has increased. Terrorists have left no place like Market, mosques, educational institutions, offices, hotels, no safe place.

Once a convicted “terrorist” Nelson Mandela wrote in his autobiography “the hard facts were that 50 years of nonviolence had brought my people nothing but more repressive legislation and fewer rights.

Causes of Terrorism in Pakistan.

The sectarian anti shite militant groups like Sipah I Sahaba Pakistan were preaching hatred against the Shiite Muslims and employing some terrorist activities. The extremist sectarian intolerance came to Pakistan only after 1979 revolution in Iran.

Terrorism in Pakistan originated with supporting the Soviet–Afghan War, and the subsequent civil war erupted in Afghanistan that continued for at least a decade. The conflict brought numerous fighters from all over the world to South Asia in the name of jihad. The mujahideen fighters were trained by Pakistan’s military, American CIA and other western intelligence agencies who carried out insurgent activities inside Afghanistan well after the war officially ended.

Pakistan has done its level best to rid terrorism and terrorists from its soil. In first step, many terrorist organisations were banned by the Musharraf government. After those successful military operations namely Rah-e-Nijat and Rah-e-Rast have been conducted. Pakistan army has fought bravely against terrorist and has destroyed their safe dens. It has broken the backbone of the terrorists and has forced them to flee. These operations still keep ongoing in some tribal areas. In this context, it is worth-mentioning that public support to military operations is very essential, and without people’s backing no army can win this ‘different war’ against terrorism.

For Pakistan the consequences of being the epicentre of the war on terror have been disastrous physically, psychologically and economically. Nobody understands terrorism better than us (Pakistanis). We have been victims of various manifestations of it since the Soviet Afghan war. Since 9/11, the wave of suicide bombing has so far killed scores of innocent Pakistani civilians and muffled the already slow pace of our economic growth. The financial cost of the ongoing global war on terror in the last two years alone has been $35 billion. This has badly affected in particular, the socio-economic development of Pakistan. Lest we forget, we even lost our prominent political leader Benazir Bhutto to an act of terror.