Home English Types of Sentences According to Function

A set of words that is complete in itself, typically containing a subject and predicate, conveying a statement, question, exclamation, or command, and consisting of a main clause and sometimes one or more subordinate clauses. There are various types of sentence depending upon its structure and function. On the basis of its function a sentence has the following four kinds like Declarative Sentence, Interrogative Sentence, Imperative Sentence and Exclamatory Sentence.

Types of Sentences According to Function with Example 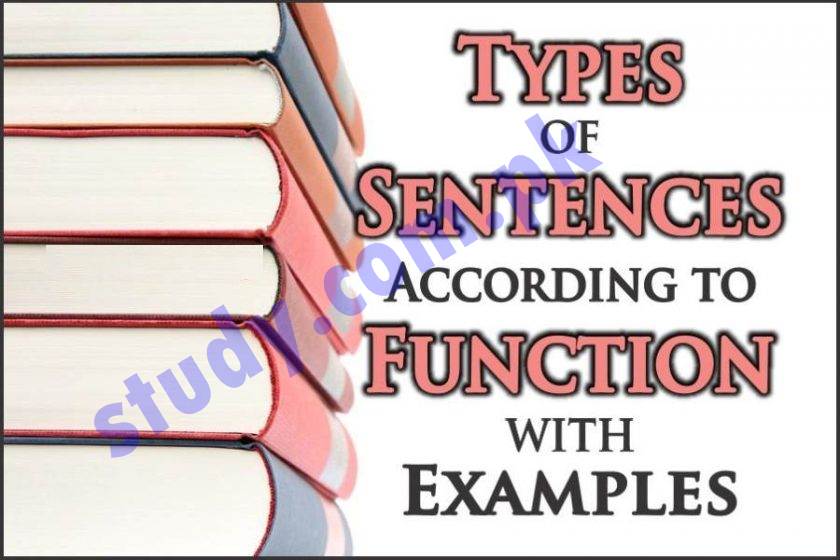 Types of Sentences According to Function with Example

A sentence which declares or asserts a statement is called declarative sentence. It simply announces an idea. These are probably the most common kind of sentence in writing, speeches, and lectures; they are the meat-and-potatoes of giving information. Other kinds of sentence may be more common in conversation with your friends.

Exclamatory sentences are like declarative sentences in that they make a statement instead of asking a question but their main purpose is to express strong emotion. They are easily recognized because they end in an exclamation point instead of a period.