CSS Exam In Pakistan Complete Guideline. The Public Service Commission was set up for the first time in British India in 1926. After independence, the Commission was established in Pakistan in 1947 under the provision of Government of India Act, 1935. At present, the commission is functioning under article 242of the constitution of Islamic Republic of Pakistan. It has been provided autonomy under the Rules of Business, 1973 and FPSC Regulations, 1978 in its working. The Commission has also been given administrative as well as, to some extent, financial autonomy to perform its functions independently.

CSS Exam stands for Central Superior Service Exam. CSS Exam is conducted by Federal Public Service Commission (FPSC) Islamabad for the recruitment of candidates to posts (BS-17) in the following services under the Federal Government. If you one of those who are want to apply for FPSC CSS exam then reached on right page on this page we share complete guide line, past paper, syllabus, paper pattern and more.

Applicant must fulfill the following eligibility criteria for appearing in CSS Exam.

The applicant must be a citizen of Pakistan or permanent resident of the state of Jammu and Kashmir. 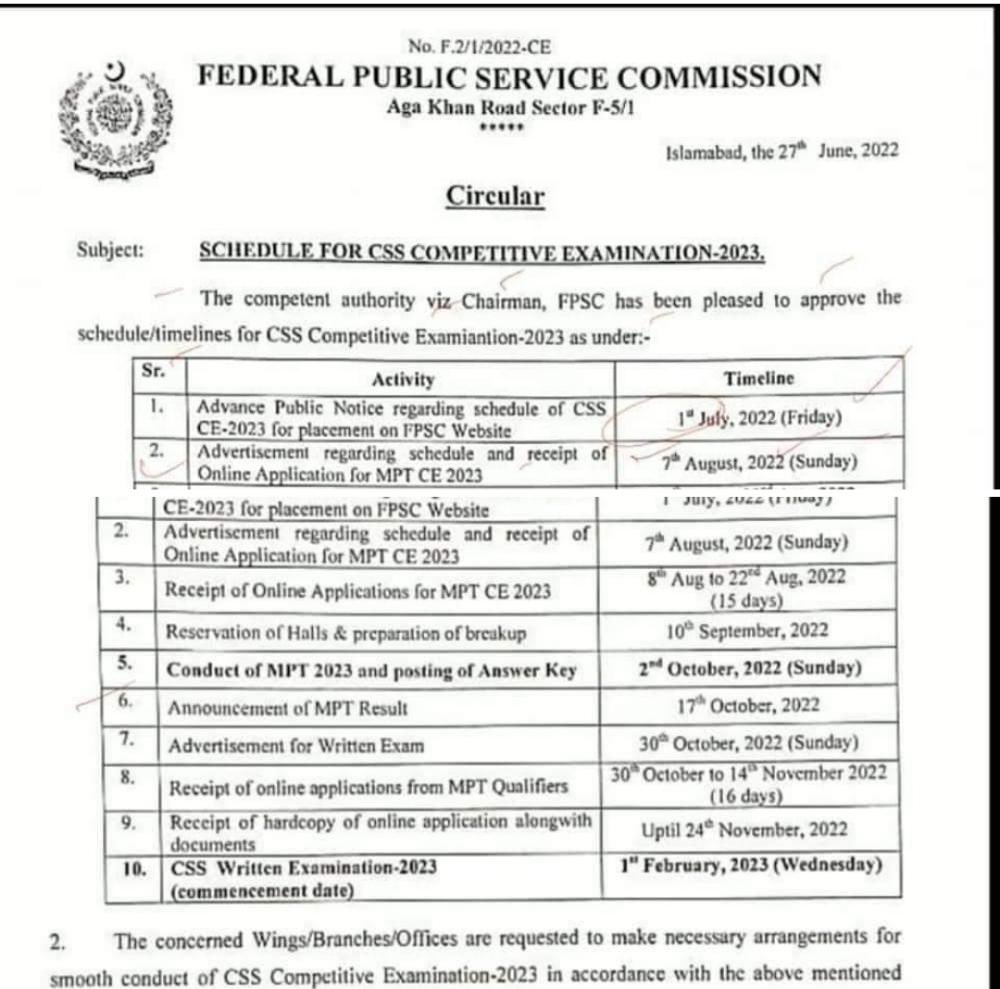 How to Apply for CSS Exam:

The age limit for CSS exam is 21 to 30 years. The age limit is relaxed by two years (i.e. 32 years) for the following candidates: