Speech on 14th August Independence Day of Pakistan in English 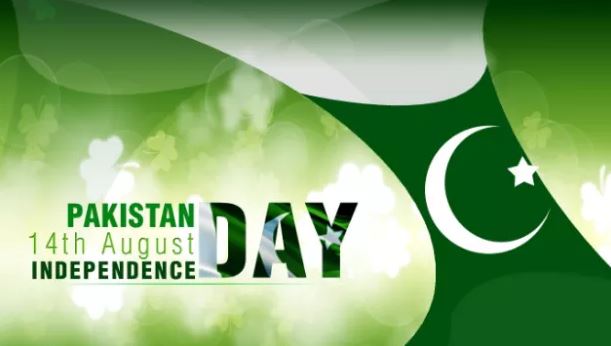 Pakistan came into existence as a result of the Pakistan Movement; the Pakistan Movement aimed for creation of an independent Muslim state by division of the north-western region of the South Asia and was led by All-India Muslim League under the leadership of Muhammad Ali Jinnah. The event was brought forth by the Indian Independence Act 1947 in which the British Indian Empire gave independence to the Dominion of Pakistan (later the Islamic Republic of Pakistan) which included the West Pakistan (present Pakistan) and East Pakistan (now Bangladesh).

In the Islamic calendar, the day of independence coincided with Ramadan 27, the eve of which is regarded as sacred by Muslims. The main ceremony takes place in Islamabad, where the national flag is hoisted at the Presidential and Parliament buildings, which is followed by the national anthem, and live televised speeches by leaders.

“Pakistan not only means freedom and independence but the Muslim ideology which has be preserved which has come to us as a precious gift and treasure and which we hope other will share with us”. Muhammad Ali Jinnah

The Indo-Pak subcontinent remained a British colony from 1849–1947. The subcontinent’s inhabitants did not approve of the British rule in united India. An uprising that occurred in 1857 eventually formed the shape of a freedom movement, which exemplifies the efforts of the people of British India in gaining their independence.

Muslims ruled the subcontinent before the British incursion and suffered due to the 1857 uprising against the British East India Company. Leaders such as Sir Syed Ahmed Khan and Syed Ameer Ali worked diligently for the Muslim people’s political advancement.

The All India Muslim League was founded on December 30, 1906. There was growing demand for an independent Muslim state in India. In 1930 Muhammad Iqbal presented the idea of a separate Muslim state that would geographically consist of the Muslim majority areas in the subcontinent. The word Pakistan is a conjunction of two words Pak meaning Pure and Stan meaning Land, a name coined by Choudhary Rahmat Ali.

Strong Hindu nationalism gave birth to the Two Nation Theory, an ideology that is accredited as being the basis for Pakistan’s creation. In 1940 the Pakistan Resolution was passed in Lahore demanding greater Muslim autonomy in British India.